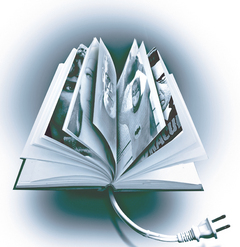 Caitlin Dungan is a PhD student in Mason’s Writing and Rhetoric PhD Program. Caitlin is a Graduate Research Assistant for Mason’s Writing Across the Curriculum Program, and her current research interests include fanfiction, digital media and rhetoric, online feedback practices, and participatory culture.

It’s interesting, perplexing, and – I think – exciting that geek culture has emerged as mainstream. Realms previously reserved for a few indoctrinated fans are now open for participation to the many. One of the side effects of this growth in fandoms is the increasing number of emergent writers embracing fanfiction as a creative outlet. As young fans pursue this unique composition practice and post their works on online forums like fanfiction.net or Archive of Our Own, how much of this self-sponsored writing is informing their writing practice in the classroom?

As someone who has been writing fanfiction for the past fifteen years, I’ve often wondered if this hobby has had any formative effect on my development as an accomplished writer in school. Without putting much thought into the functional “how,” I just assumed that practice made perfect. No one writes fanfiction in a vacuum; the minute a chapter or story is posted, a writer could hope that anyone – and perhaps no one – with an internet connection will read and respond to the work. It took me a certain measure of guts, mingled with burgeoning ego, to post work online. There was always the chance of receiving flames – those hateful, often anonymous comments that ripped my work to shreds for no constructive reason – but the possibility of getting positive feedback from equally enthusiastic fans far outweighed the negative. If I was lucky, some of my reviewers were older or more experienced, and were quick to offer gentle, helpful criticism. I know that my writing practice was shaped in some measure by fan mentors who offered to “beta” (or proofread and provide criticism to) my work before it went up. Surely the holistic practice of attuning myself to my audience while learning to self-reflect and self-revise with occasional guided help contributed to my overall function as a writer, didn’t it? Did this process transfer to my success in the classroom as a student and teacher?

In the world of academia, having a hunch about informed practice just isn’t good enough. While I may personally feel that fanfiction writing informs academic composition practices, I want empirical data to support my hypothesis. As I am currently earning my PhD in George Mason’s Writing and Rhetoric graduate program, I will begin to investigate this question as a central part of my research agenda. With scholars such as Janet Emig and James Britton as support, I’ve been designing a proposal and pilot study on the issue of transfer between self-sponsored fanfiction writing and school-sponsored writing. In the meantime, as I have slowly become immersed into Mason’s award-winning WAC program, I’ve begun to see the literature I’ve reviewed through an interdisciplinary lens. There is a fluidity and experimental nature to fanfiction and fandom creation, which could prove to be a helpful gateway for opportunities to experiment with classroom composition in any writing course.

Since the emergence of fanfiction as a genre of creative writing, scholars have established a correlation between fan-produced media and language acquisition pedagogy. In her article “Access and Affiliation: The Literacy and Composition Practices of English-Language Learners in an Online Fanfiction Community,” Rebecca W. Black approaches fanfiction as a way to teach and promote writing skills in her ELL students. She remarks,

As a researcher of second-language acquisition (SLA) and literacy who has taught English as a second language (ESL) for years, I was even more intrigued to find that there are a great many English-language learners (ELLs) who are also writing, posting, and reviewing fictions in English in these online fanfiction communities. I wanted to find out what was so compelling about this space that adolescent ELLs would spend hours writing and reviewing fictions in English, when I could barely get many of my students to write a one-page essay in English class. (118)

As Black discovered, fanfiction is often accompanied by fanart, fanmixes (playlists designed by the author to accompany the reading of a work), or AMVs (Anime Music Videos, initially, but now applicable to any fandom). The act of supplementing written work with other creative compositions allowed Black’s ELL writers to construct their identity and establish ethos among other fans in ways that were not wholly reliant on text. Using this idea of composition in multimodal space, one medium informing and building on the other, Black’s struggling student writers had more opportunities to find their voice through methods not traditionally utilized in the classroom. To limit the literacy practices of adolescents by privileging only text negates compositional opportunities for students who are multilingual, have learning differences, or who simply produce more naturally across other media and venues. Fanfiction and its accompanying creative endeavors, therefore, offer a multiplicity of audiences, perspectives, research objects, and revision opportunities that might not otherwise be available in traditional writing courses, both within and outside of English.

Furthermore, fanfiction affords an easy entrance into writing that may make it less daunting to struggling writers, much in the way that providing templates for argumentative writing in Gerald Graff’s and Cathy Birkenstein’s They Say, I Say helps students find the words for introducing source materials. If the characters, world, or problem are pre-created and ready to be manipulated, this could provide familiar vehicles into impenetrable material. If a student is allowed to approach a topic they are less comfortable with via familiar tools or narratives, they may be able to make the material personally relatable or easier to understand. This is what Kevin Roozen found in his work, “‘Fan Fic-ing’ English Studies: A Case Study Exploring the Interplay of Vernacular Literacies and Disciplinary Engagement.” Drawing on C.P. Cassanave’s Writing Games, Roozen notes that one of the many challenges students face “involves finding frameworks for their writing and thinking into which initially puzzling terminology, methods and concepts fit” (Cassanave, qtd. in Roozen, 155). In his case study, Roozen notes that a student struggled with Kenneth Burke’s dramatic pentad until she approached it from a fandom perspective. By creating comic-book style notes using the characters she understood, she was able to conceptualize difficult theoretical constructs in a way relatable to her. How might this tactic be applicable in disciplines other than rhetoric, composition, or literature? Given the option, students could approach any new information through the lens of familiar fandom, using characters as catalysts and pre-existing fictional constructs as frameworks. Imagine teaching physics lessons via scenes from Harry Potter!

Teaching content through different forms is one benefit of working through fanfiction or fan-created media; however, there are other benefits to using this genre as a way to explore disciplinary writing. For example, students across the board struggle with the concept of rhetorical audience. One of the more notable aspects of fanfiction participation is its heavy reliance on audience awareness and knowing how to tailor work to other fans who might read it. The concept of audience is not new to students. But, unfortunately, even as students are well aware of the many, different audiences they wish to address in online forums, in college courses they are typically addressing an audience of one: the teacher. In 1975, James Britton argued against teacher-focused assignments, as students perform better when they have the opportunity to learn through assignments with wider audience impact. Of course, there is no wider audience at present than The Internet. Fanfiction authors naturally form a more intimate view of their audience in two ways: 1) They understand the people who will likely seek out and read their work, as these readers are fellow fans with similar appreciations and greater emotional and intellectual stakes in these works, and 2) they thereby make greater assumptions about their intended audience’s familiarity with source material. In this way, fanfiction authors echo some of the opaque scholarly practices that define and shape expert discourse in academic disciplines. The level of awareness of scholarly conversation, exigency, current research, writing style, and varying levels of institutional or publication prestige are understood within discourse communities; analogously, fanfiction follows the same norms.

For example, fanfiction, by its intertextual nature, assumes that the reader has read or viewed the original canon concept the “fic” draws upon. Writers can begin a story in medias res, with nothing but a passing reference that will allow the reader to date where the fic takes place in the larger canon chronology. Additionally, fanfic-specific genres like “crossovers” and “alternative universe” rely on audience familiarly with not only multiple canons, but the ability to recognize and conceptualize familiar elements in unfamiliar space. A fanfic writer will not walk their reader by the hand through an interwoven story. Rather, by virtue of labeling which canons are being used, the onus is on the reader to draw these connections. This intertextual playground could be drawn upon in the classroom to connect previously reviewed material with new concepts to foster a deeper understanding. Additionally, allowing students to post their work online in a forum that allows reader feedback gives assignments a more “authentic” feeling than a traditional, student-to-teacher assignment. As a generalization, students will likely be more willing to put effort into work they know will be seen by many – a “many” that will not only read their work, but critique it. No one likes flames, but everyone likes compliments! Encouraging comments and global feedback from unfamiliar readers may promote more positive attitudes in fanfiction writers towards their own work, which in turn leads to more creation and a level of accountability to continue writing. Ideally, the same could be done for student writers who may feel that they have no stake in their own work otherwise.

While I cannot yet empirically substantiate the cause or correlations between fanfiction writing and academic composition, I can at least say that I view fanfiction as a place where I learned valuable lessons for my own writing. I applied constructive feedback while identifying and discarding inflammatory or valueless comments. I tailored my work to those who would receive it, and I was rewarded by the response. I gained appreciation for reading experiences when texts were accompanied by art or music designed to deepen my enjoyment of the act. I let my readers know I had done my homework by echoing the discursive norms of the fandom, while simultaneously giving them something new to consume. I find myself wishing after the fact that I had seen fandom with the interdisciplinary writing perspective I now have. Had I been given the opportunity to explore difficult material (in this case, a great many math and science classes) in ways that were personally relevant and comprehensible to me, I may have retained more information and enjoyed the experience. I encourage teachers to consider the use of fandom creation for student writers no matter the subject. Everyone has a favorite TV show, book, movie, or video game – and all of these can be valuable tools for emerging writers on any level.

3 thoughts on “Write Nerdy to Me: Utilizing Fanfiction in WAC/WID Courses”